The Town of Tillsonburg received high praise for its updated wayfinding signage during the recent Economic Developers Association of Canada (EDAC) Awards Gala.

120 communities across Canada made submissions to the EDAC awards in a variety of categories ranging from advertising, branding and publications, to digital marketing projects.

The project involved reimagining, redesigning and replacing all wayfinding signage throughout the Town of Tillsonburg. The signs were updated with the Town’s current tulip leaf brand mark and signature logo. The Downtown area was featured prominently on the signs in support an ongoing “shop local” mindset. Key tourism locations were also featured.

“As a community, we encourage and support efforts that benefit area businesses, industry and tourism,” says Mayor Stephen Molnar. “I’m proud of all the people who collaborated on this project. It was a community-driven project and to be recognized at the national level is further evidence of the good work we accomplished together.”

Tillsonburg’s wayfinding signage update project was developed and managed by the Economic Development and Marketing Department, in consultation with the community, local stakeholders, Council members and Town staff.

“Achieving this level of recognition is a great achievement for our community,” says Kyle Pratt, Chief Administrative Officer. “The new signage is simple, modern and visually appealing and we’re pleased that it’s having such resonance.”

Installation of the signs was completed earlier this year.

“We are excited to be recognized for our economic development marketing initiatives by our Canadian industry peers,” says Cephas Panschow, Development Commissioner, head of Tillsonburg’s Economic Development and Marketing Department. “We strongly believe the signage showcases Tillsonburg as a great place to visit, live, work and invest.” 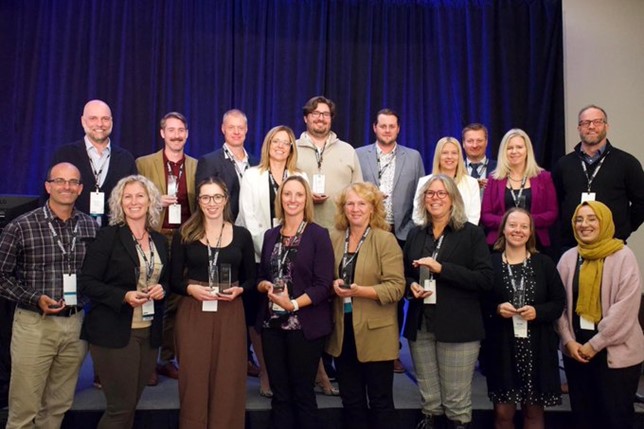